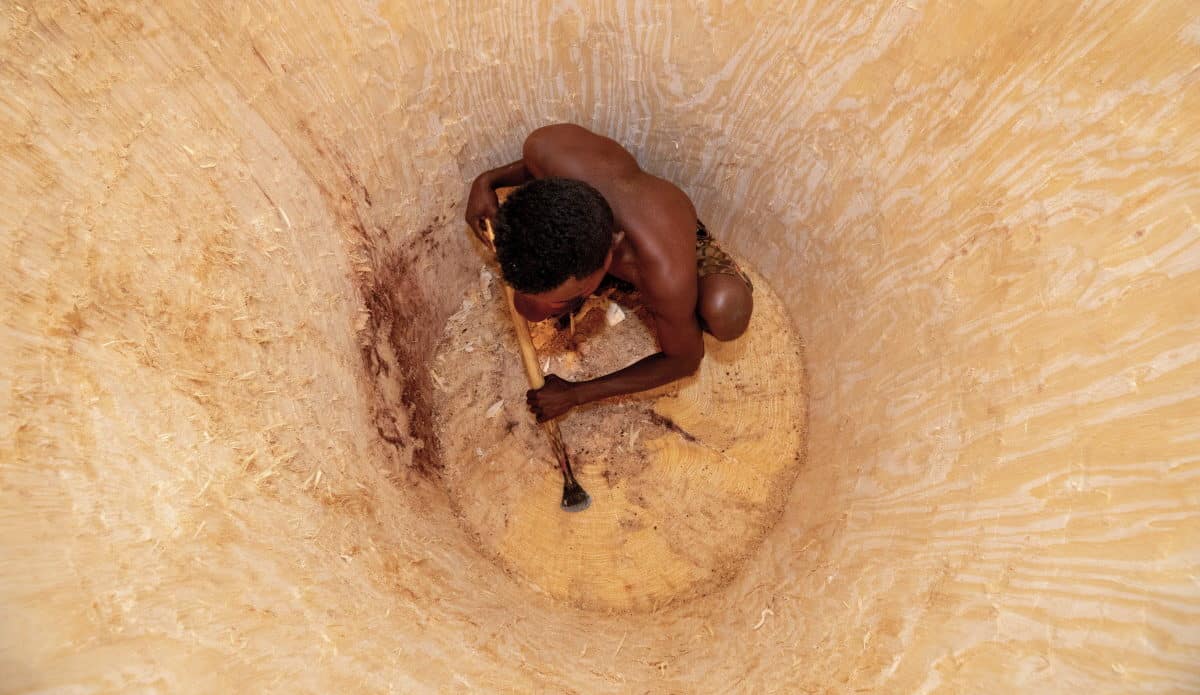 In #Madagascar, #Mahafaly people have learned how to dig large water 💧 tanks for rain collection out of the immense #baobab trees that dot the arid plains in the southern end of the island. These cisterns are the most precious asset and are treated with great care. The large secular trees 🌳 continue to grow around them, covering them with new impermeable bark.

This #strategy allows survival even during the harsh dry season ☀️, when water becomes unavailable. However, the fragile #balance of this #ecosystem is threatened by increasingly frequent climate anomalies (as the effect of #globalwarming), and by #fires 🔥 induced by man in order to clear new arable land. Even the mighty baobabs, the trees of life, are thus at risk of disappearing. And with them, Mahafaly people too.

If you want to learn more about the impact of the #climatechange on our hydrosphere, don’t miss our #webinar The Future Of Water (only 🇮🇹), on Thursday 7 May at 16:30. 😎
#water #rain #africa #baobab #freewebinar #iblesstherainsdowninafrica #photography